film The Adventures of Young Indiana Jones: Tales of Innocence (1999) 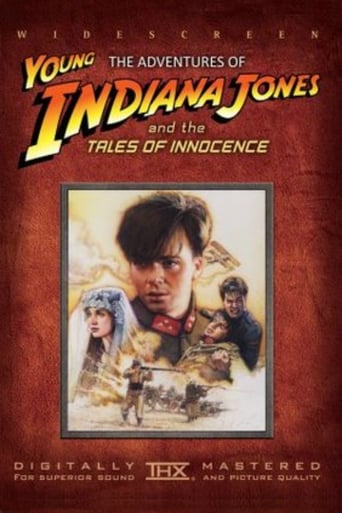 June 1918. Indiana Jones is working to get Austrian deserters safely to the allies side in the Italian Alps. In his spare time, he is wooing an Italian beauty named Guiletta. When he finds out another man is vying for her attention, Indy and his new pal, ambulance driver Ernest Hemingway make plans to crush Indiana's competitor by smothering Guiletta with presents and compliments. Afterwards, Indiana is begrudgingly ordered to Casablanca to find a traitor who is selling arms to the Berber rebels. Traveling incognito, he is joined by American novelist Edith Wharton and journalist Lowell Thomas. Indy and Edith soon find themselves attracted to each other despite their age difference.