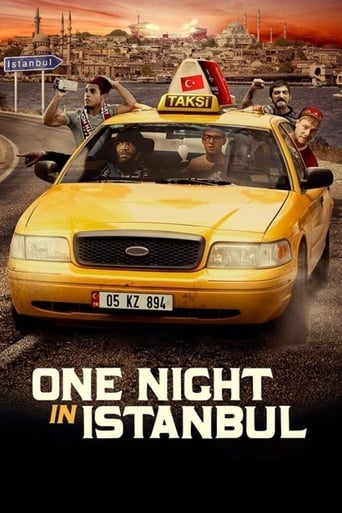 Two down on their luck Liverpool cabbies, Tommy and Gerry, strike an unusual deal with a local gangster to take their sons on a trip of a lifetime, to watch their beloved football team play in the European Cup Final in Istanbul. Hoping to use the trip as a chance to bond with their sons, big trouble awaits them in the form of a sexy hotel chambermaid, two ruthless crooks on a mission and a bag of counterfeit cash. It is 3-0 down at half time and things could not be more desperate both on and off the pitch. Stevie G and the boys in red are trying to launch the most amazing football comeback in history, and Tommy is in deep water, being held hostage. With the clock ticking and time running out, a miracle is needed fast. In the end a bit of faith, and Gerry’s lucky underpants may be the only thing that can get them and the cup back home in one piece.