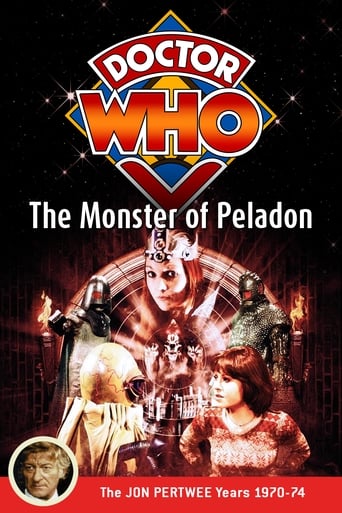 The Doctor returns to Peladon fifty years after his last visit, to find Queen Thalira, daughter of the late King Peladon, on the throne. A tense labour dispute between Pel nobility and miners is worsened when apparitions of their deity Aggedor attack and kill several miners. The Galactic Federation desperately needs trisilicate for its war against Galaxy 5 and sends in brutal Ice Warrior troopers to ensure production. The Doctor discovers a devious plot at the heart of Aggedor's appearances.

Casting du film Doctor Who: The Monster of Peladon