film Choices of the Heart: The Margaret Sanger Story (1995) 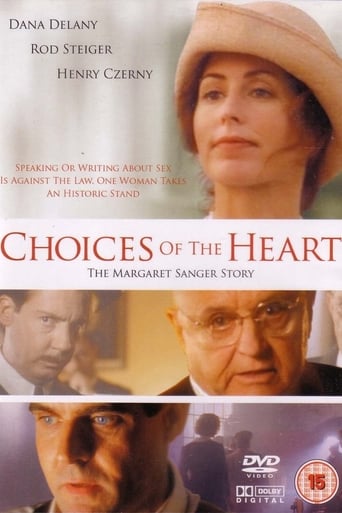 Nurse Margaret Sanger became a pioneering crusader for women's reproductive rights after she published a booklet on birth control techniques that flew in the face of a law established by Anthony Comstock forbidding the dissemination of information on contraception. Sanger later helped to establish America's first birth control clinic in 1916, and in 1925 was one of the founders of Planned Parenthood.