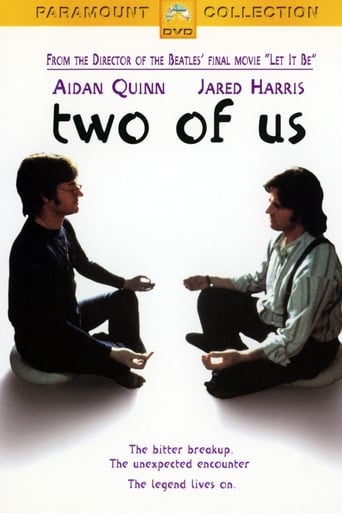 In this purely fictional story, Paul McCartney drops by The Dakota to visit John Lennon in 1976. Paul is still on top of the music world, reaching #1 with his new band, Wings. John, however, has retired from public life, choosing to raise his son, Sean. Rumors are rampant that The Beatles are going to reunite to play a concert. Paul, the consummate entertainer, is intrigued by the possibilities. But John, still fighting his inner demons, is content keeping Beatlemania a thing of the past. But even though the two men are still at odds over the band, they rediscover that they still have bonds from the past that will never go away.

Casting du film Two of Us

Images du film Two of Us