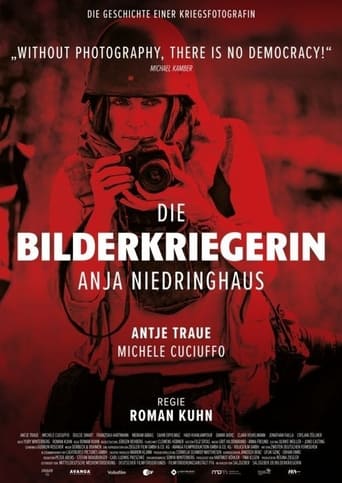 Photographer Anja Niedringhaus was 26 when she came to Sarajevo in 1992 to report on the war. It's bitterly cold there, there's no electricity, hardly any food, and everyone's lives are constantly in danger. Spanish photographer Sergio takes her under his wing and shows her how to survive in a war zone. Anja reported on the scene with interruptions for almost three years, later she worked in Kosovo and Afghanistan, among other places. In 2001 she switched to the most renowned photo agency in the world, the Associated Press . Her photos end up on the front pages of the major international newspapers, and in 2005 she received the Pulitzer Prize for her reporting from Iraq. In Kabul, she meets the AP's chief correspondent, Kathy Gannon, and the two soon become an inseparable team. But then a devastating attack took place during the Afghan presidential elections in 2014.