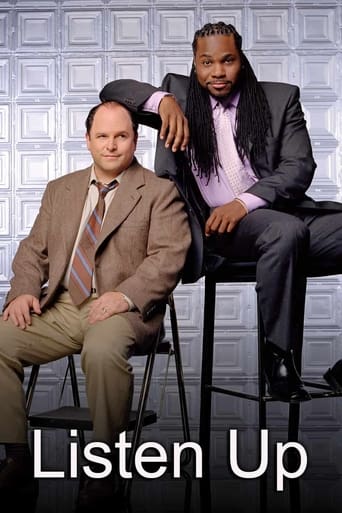 Listen Up! is an American situation comedy that aired on CBS from September 20, 2004 until April 25, 2005. The sitcom was based loosely on the life and exploits of the popular sportswriter and sports-media personality Tony Kornheiser. Its principal executive producer was Jason Alexander, who was also the lead actor. Despite decent-to-good ratings, the show was canceled by CBS on May 18, 2005; "rising production costs" was the major reason officially given for the cancellation.