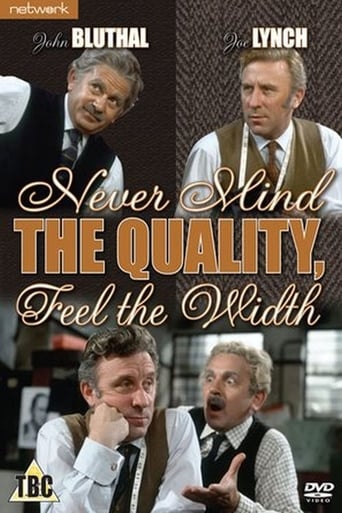 Never Mind the Quality, Feel the Width is a British television sitcom first broadcast in 1967 as a single play in the Armchair Theatre anthology series, later becoming a series of half-hour episodes, which ran until 1971. A total of 40 episodes were made, all but one of them being believed to have aired. It was originally made by ABC Television for the ITV network, with its production being continued by Thames Television.