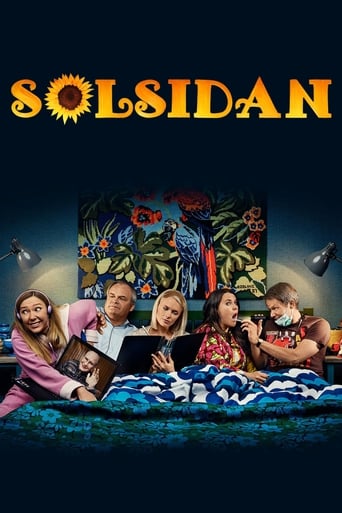 Solsidan is a Swedish television comedy series that premiered on 29 January 2010 on TV4. The series is named after a small part of Saltsjöbaden called Solsidan. It revolves around Alex and Anna who are expecting their first child and have just moved to Alex's childhood home in Saltsjöbaden, Stockholm County. Alex tries to get Anna to enjoy herself, and at the same time spend time with his childhood friend Fredde. Ten episodes were scheduled to air in the first season. A second ten-episode season premiered 16 January 2011.