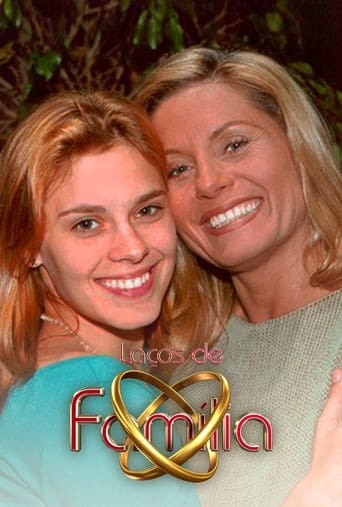 Laços de Família is a Brazilian telenovela produced and aired by Rede Globo in its 8 P.M. schedule, from June 5, 2000 to February 3, 2001. With a total of 209 chapters, it was written by Manoel Carlos, in collaboration with Maria Carolina, Vinícius Vianna, Flávia Lins e Silva and Fausto Galvão, and directed by Moacyr Góes and Leandro Neri with general direction of Ricardo Waddington, Rogério Gomes and Marcos Schechtman. It starred Vera Fischer and Carolina Dieckmann and actors Reynaldo Gianecchini, José Mayer, Tony Ramos, as the respective protagonists of the plot, and actress Deborah Secco as the main antagonist of the story.