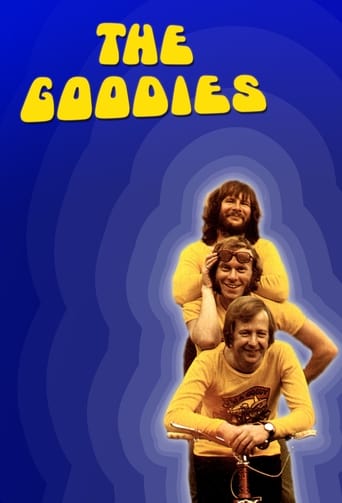 The Goodies is a British television comedy series of the 1970s and early 1980s. The series, which combines surreal sketches and situation comedy, was broadcast by BBC 2 from 1970 until 1980 — and was then broadcast by the ITV company LWT for a year, between 1981 to 1982. The show was co-written by and starred Tim Brooke-Taylor, Graeme Garden and Bill Oddie. Bill Oddie also wrote the music and songs for the series — while "The Goodies Theme" was co-written by Bill Oddie and Michael Gibbs. The directors/producers of the series were John Howard Davies, Jim Franklin and Bob Spiers. An early title which was considered for the series was Narrow Your Mind and prior to that the working title was Super Chaps Three.