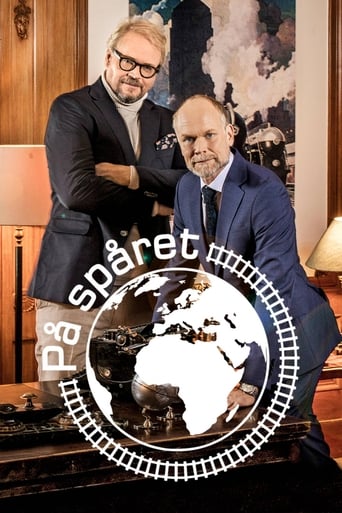 På spåret is a popular Swedish TV game show broadcast on SVT since September 5, 1987. The show, which is intended to be humorous yet educational, has remained one of the most popular TV shows in Sweden, attracting an average of 2,150,000 viewers during the 2007 season. The all-time record was set in March 1990, when 3.7 million people tuned in to see the show. This means that nearly every second Swede saw the game show. På spåret is an original format developed by Ingvar Oldsberg for SVT, and he hosted the show for many years. Author and tennis legend Björn Hellberg was promoted from contestant to permanent Oldsberg sidekick in 1995 after winning for four straight seasons. Famous gourmet, restaurant-owner, and former contestant Carl-Jan Grankvist sat in for Hellberg during the 2004 season. In 2009, after 21 years, Oldsberg left and Kristian Luuk took over as the host. Björn Hellberg too decided to leave and was replaced with Fredrik Lindström.